Discovering the medieval town of Peratallada

In the North of Catalonia, there is a wide variety of medieval villages that have been preserved over time offering its visitors a feeling as if they would travel back to the Middle Ages.

The medieval town of Peratallada is one of the most charming villages in Spain, with lots of beautiful spots, unknown to the general public. Peratallada is located in the Costa Brava, near other Northern Wonders of Catalonia such as Cadaqués, Banyoles, Camí de Ronda, etc.

Places such as Besalú or Cardona take us back to the past, but the truth is that Peratallada has a unique medieval charm and you will find out why here. If you want to pay a visit to the town of Peratallada, whose name comes from the fortifications around its cobbled streets, we recommend spending one entire day.

What to see and do in Peratallada

With just over 100 inhabitants and an incredibly well-preserved historic center, Peratallada has been declared a Historic Artistic Site, and we know this place can’t leave anyone indifferent. This medieval town has many touristic spots that you can’t miss so we recommend you enjoying the history of Catalonia through it.

The church of Sant Esteves is one of the most recognized treasures in the region. This 13th-century Romanesque building retains a rural architecture with incredible arches and passages that will make you fall in love with this small town a little bit more. Unfortunately, it is usually closed to the public, but you can try a guided tour and contemplate its harmony from the inside.

The Portal of the Virgin

The Portal of the Virgin is one and the main access to the best-preserved fortified complex one might find today. This getaway is made up of two rounded and straight sets of archways and a cavity in the upper part, where the image of the Virgin Mary was supposed to be kept, hence its name. At the foot of the portal, there is a modern bridge, which had once been a drawbridge.

The perfect spot from where to take the best photographs. You will definitely see this street on the typical postcards of the town. The entire street is completely cobbled, together with its buildings, which makes it the best place to shoot the best photos.

The Tower of the Hours

One of the most popular towers of Peratallada is the Tower of the Hours. This had a public clock for the whole town, hence its name. It has a square shape and its interior has a large domed arch closed at the top. 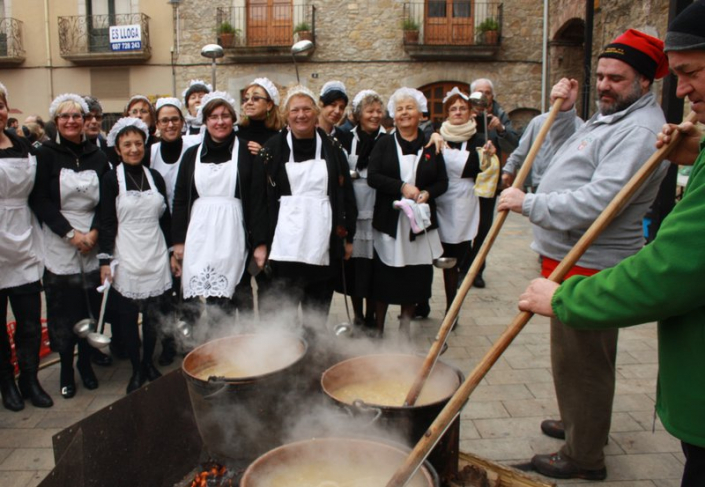 Peratallada Castle dates from the beginning of the 11th century and has different styles, since it was built over different periods until it became what it is now. Even so, there are two different parts: the fortified nucleus and the palace. However, like the church of Sant Esteves, it is normally closed to the public, so you can only take a guided tour if you want to see it.

It clearly the main square of the town, with a rectangular shape and several arches where the town market was held. It is completely domed on the north side and its name also comes from the arcades that make up another typical postcard landscape of this medieval town. 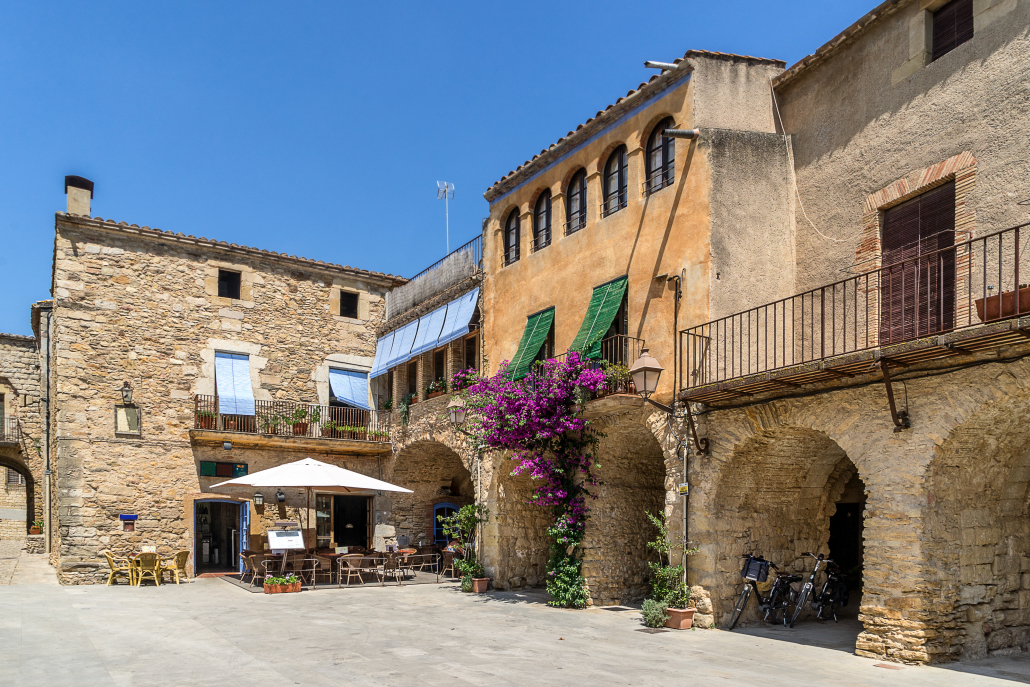 What do you think about Peratallada? Are you willing to visit it? If you want more, you can also visit one of the most famous medieval villages in Catalonia today, Rupit and Pruit, with a great cultural offer and a special charm not to be missed either.