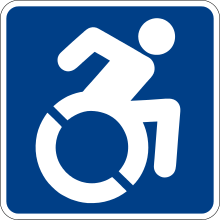 If you want to enjoy a true gourmet experience that combines good food and history, this is your perfect tour! We will have 3 stops, where each one will have something unique from Spain to offer. In one of them we will try “pintxos”, typical of the Basque Country, in another we will have the classic Catalan tapas, and in our last stop we will relax with a bit of vermouth.

On this tour we will visit the famous Casa Vicenç, the first project in charge of Gaudí. Gràcia was previously one of the places with the largest gypsy community in Barcelona, ​​where the Catalan rumba was born during the sixties. The Catalan rumba is undoubtedly such an important part of the Catalan identity as the typical popular dance of the sardana or castellers, the human towers.

Gràcia is a little out of the busiest part of the center, this neighborhood has managed to stay local. It has a relaxed and bohemian atmosphere, but still maintains its village style.

Who?
Gràcia is a discreet district of Barcelona with narrow streets and vibrant squares, full of organic groceries, studios and artist galleries, outdoor cafes and much more. Gràcia is a neighborhood for everyone; Students will find amazing second-hand bookstores, families can find beautiful parks around the squares for the little ones, couples can enjoy a romantic date in a cozy restaurant and then go listen to some live jazz. Gràcia is a city of its own!
What?
One of our tours par excellence is our gastronomic tour of Gràcia, perfect to get out of the bustling city center. We will show you the authentic Barcelona through its Spanish cuisine on this unique tour with three stops: Pintxos del País Vasco, classic Catalan tapas and at our last stop you will enjoy a delicious vermouth.

Where?
A little outside the busiest part of the center, this neighborhood has managed to stay local despite the great interest it has. Gràcia is a district of the city of Barcelona, ​​Spain, which consists of the neighborhoods of Vila de Gràcia, Vallcarca and els Penitents, El Coll, La Salut and Camp d’en Grassot and Gràcia Nova. Gràcia borders the districts of Eixample to the south, Sarrià-Sant Gervasi to the west and Horta-Guinardó to the east.


In The Barcelonian we believe in sustainable tourism and authenticity, we achieve it with small groups, our tour never has more than 15 people per group and we only offer this unique tour twice a week, Tuesdays and Thursdays at 10:30 a.m.
Why?


Gràcia was once a separate town from the city of Barcelona and was not fully incorporated into the city until 1897. Therefore, the Gràcia neighborhood still has narrow streets and a special atmosphere and charm. What makes it such a unique district of the city.