Spanish fires to cleanse the body & the soul

June 23rd is approaching, and that means one thing in Spain: a night of festivities across the coastal cities with the San Juan Festival!

San Juan’s, or Saint John’s festival, is a night of celebration that takes place shortly after midsummer on the beaches of Spain, and is regarded by Spanish people as the true initiation of the summer season. A fire-centric event that hosts tons of bonfires across the coastal cities, so you can only imagine how captivating the sceneries are set out to be! While the actual holiday is on the day of the 24th, also known as Saint John's feast day, the fun celebrations certainly take place the night before. Believed to ward off evil spirits, and to protect and purify participants, the night of June 23rd is a special event for families and friends to get together, and even make new friends in a lovely atmosphere that is annually created. The good times are only amplified with the addition of food, drinks and music – making San Juan Festival a highly anticipated, and even touristically targeted, special event. 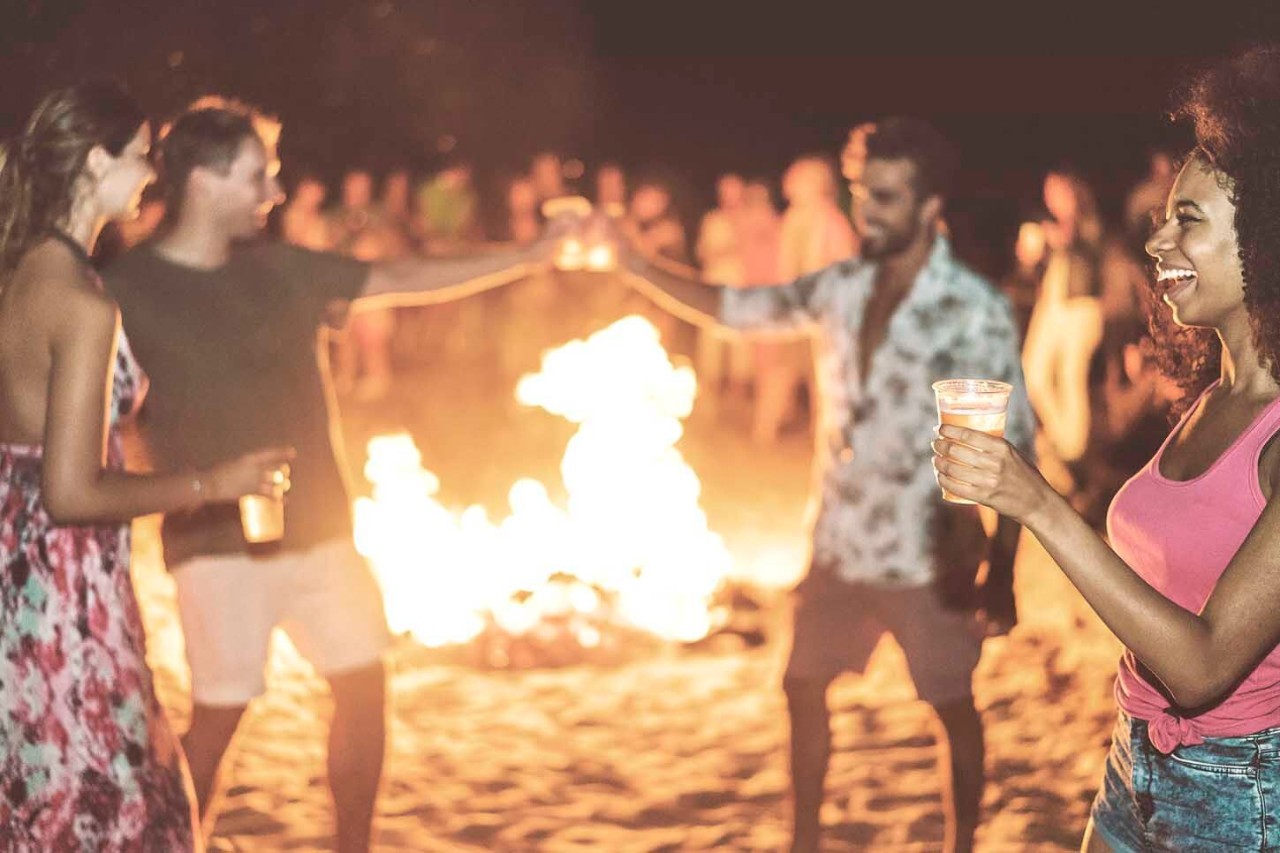 Origin
Initially a pre-Christian ritual of Pagan origins that aligns with the summer solstice of the northern hemisphere, whereby the shortest night of the year is celebrated for symbolizing the triumph of light over dark. The celebration then took on a religious inclination with the Catholic celebration of the birth of Saint John the Baptist. It is believed that on this holy day many diseases are cured and souls are cleansed, warding off evil spirits and bringing good luck for the rest of the year. 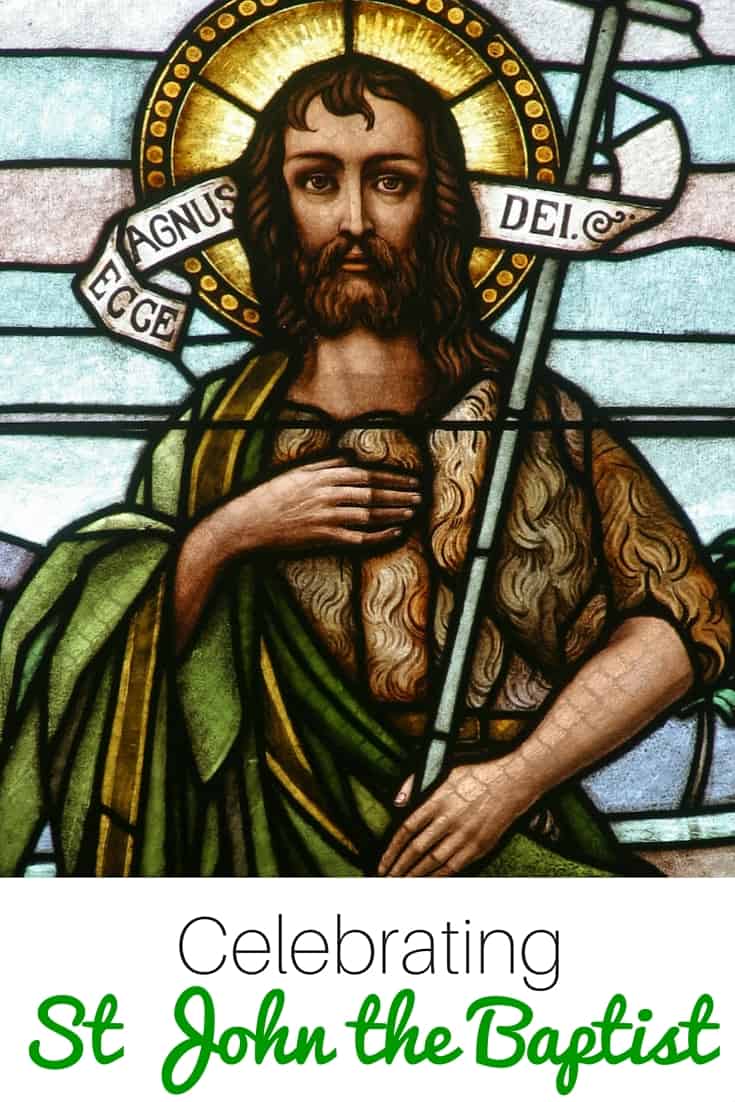 Beliefs & Superstitions
Some consider that the shortest night of the year is when Pagan gods are closest to humans, therefore making way for more paranormal events to take place. A night of heightened superstition with beliefs of jumping over fires for a lucky year ahead and a soul cleanse, as well as burning old belongings to release bad spirits and negative energy. After midnight, many people go for late night swims in natural bodies of water, believing that the act will purify both the body and the soul. More specifically, some people take at least three backward plunges during their swim – though some do seven or twelve dives, in an attempt to rid themselves of undesired negativity. Other beliefs, such as in Malaga, involve people writing down their wishes for the months to come and goodbye notes to whatever they wish to part, then burn them in the present bonfires – symbolizing liberation from the past, and optimism for a brighter future.

Preparations
If you find yourself celebrating on beaches that are occupied with bars and restaurants, don’t worry about the late hours as they will be open, in which case you can purchase food and drinks then and there. Just make sure you don’t forget to bring a swimsuit, towel and a jacket or blanket for the inevitable chilliness you will feel at the late hours after taking a dip. Outside the city and popular areas, beaches won’t be abundant with bars and eateries, so make sure to grab your picnic supply for a comfier night. Last but not least, wherever you decide to spend your night, make sure to gather all the garbage that you leave behind – as it has become a common problem with plastics being washed off shore and into the water. 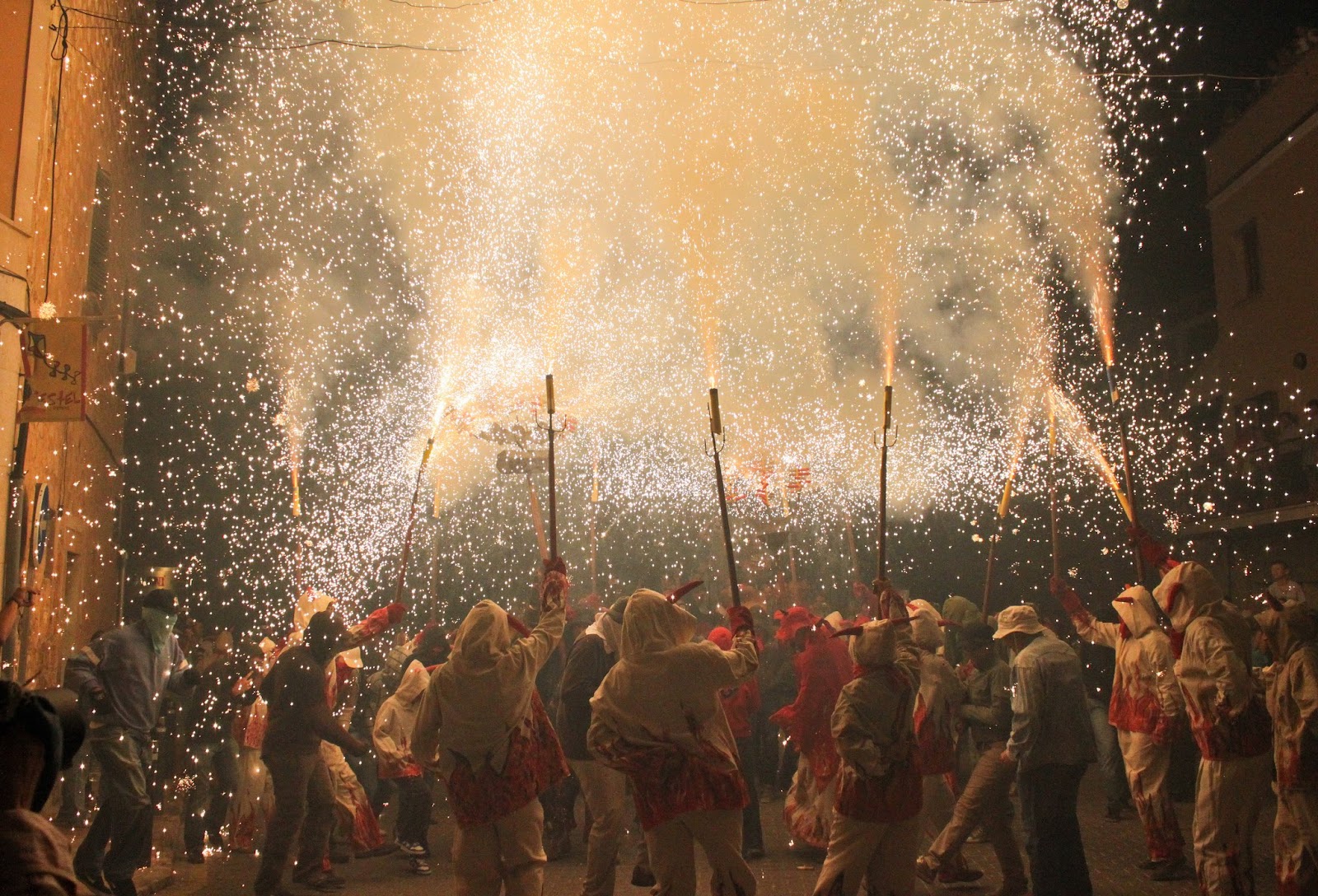 Popular Locations
San Juan Festival is now a staple tradition in Spanish culture, and is thoroughly celebrated across the entire country. However, when we think of Spanish locations that are popular for San Juan festivities, we think of three main autonomous communities: Valencia, Andalucía and Catalonia.

Some places certainly host a bigger size of events – most notably Alicante in Valencia, where it is considerd to be the most important festival in the city for the whole year.

In Andalucía, festivities take place in towns such as Almuñécar in Granada.

Outside the mainland in the Balearic Islands, and on the island of Mallorca to be more specific, the festival is also given great significance as San Juan is the patron saint of four Mallorcan towns: Deià, Manacor de la Vall, Muro and Son Servera – where celebrations are carried out for the whole week, and sometimes even longer. 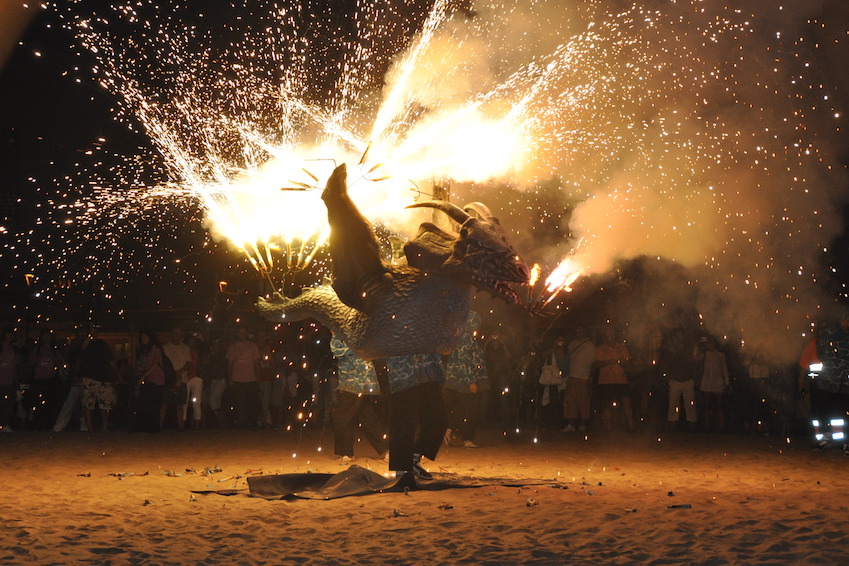 San Juan in Barcelona, Catalonia
Known as Diada de Sant Joan in Catalan, the Verbena (night of San Juan on the 23rd) is an event of great importance in Catalonia; it being the second most anticipated night of the year! Being the Summer Solstice (longest day and shortest night of the year) means a great deal in this region, and is widely celebrated with a stunning show of bonfires and fireworks. Many towns in the province of Barcelona organize their own festivities, with neighborhoods getting together and sharing a wide array of traditional foods and drinks. Described by Catalans as the “Nit del Foc”, which translates to “night of fire”, it is easy to assume how big of a role bonfires and fireworks are on this joyous occasion in this part of the country. The most common place for festivities is the Barceloneta beach, which begins to gather crowds at an early hour of the night, with groups of musicians and percussionists present to create a heightened mood of celebration. Don’t forget to try the Catalan star dish of San Juan celebration, the Coca de Sant Joan – a yummy round cake that references the sun; made with eggs, pine nuts, dried fruits and oftentimes other ingredients. 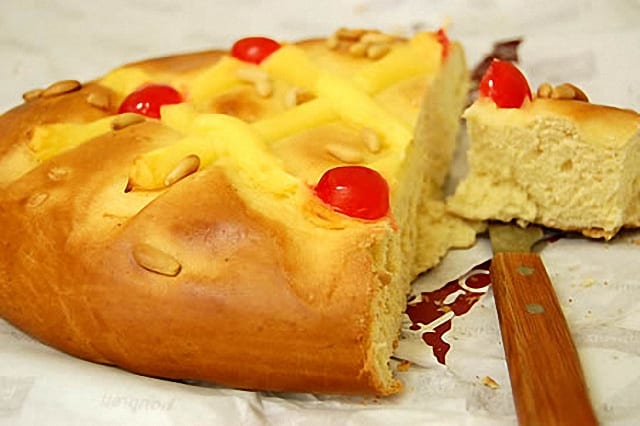 Tips & Reminders
This night is not an actual public holiday, so it is fairly easy to find open bars, shops and restaurants all day long; as opposed to the actual public holiday the next day on the 24th of June. Here are some major tips that we have for you if you’re experiencing this wonderful night for the very first time:

-        If you wish to avoid being caught up with the crowd, and would like to spectate the festivities from a fair distance, head to the hills and get a top view of it all. Montjuic castle is a great place to capture it all, while maintaining a decent amount of peace.
-        If you’re planning to head to the beach, make sure you arrive there earlier than sunset so that you are able to claim a spot.
-        Festivity locations are rarely advertised, so make sure to keep an eye out for setups in preparation during the day, and then later you can choose the best one you were able to spot. If you wish to take part in this magical evening, prepare yourself for unforgettable times filled with spiritual power, scenic beaches with numerous fires that dot the coastline – and most importantly, authentic Spanish fun.