One of the things we love most about Barcelona and Catalonia is its unique and fascinating traditions. Well this weekend is a strange one, a festival with more than 600 years of history, Corpus Christi comes with a tradition of The dancing egg! Yes, you read that right.

Corpus Christi is a Christian celebration that honors the Holy Eucharist since 1246. The name “Corpus Christi” is a Latin phrase that refers to the body of Christ. It is also known as the Feast of the Most Holy Body of Christ, as well as the Day of Wreaths.

Every year on the holy day of Corpus Christi, which is 60 days after Easter Sunday, a curious tradition is held in Barcelona and in numerous villages around Catalonia, named l’Ou com Balla , translated to “The Dancing Egg”. 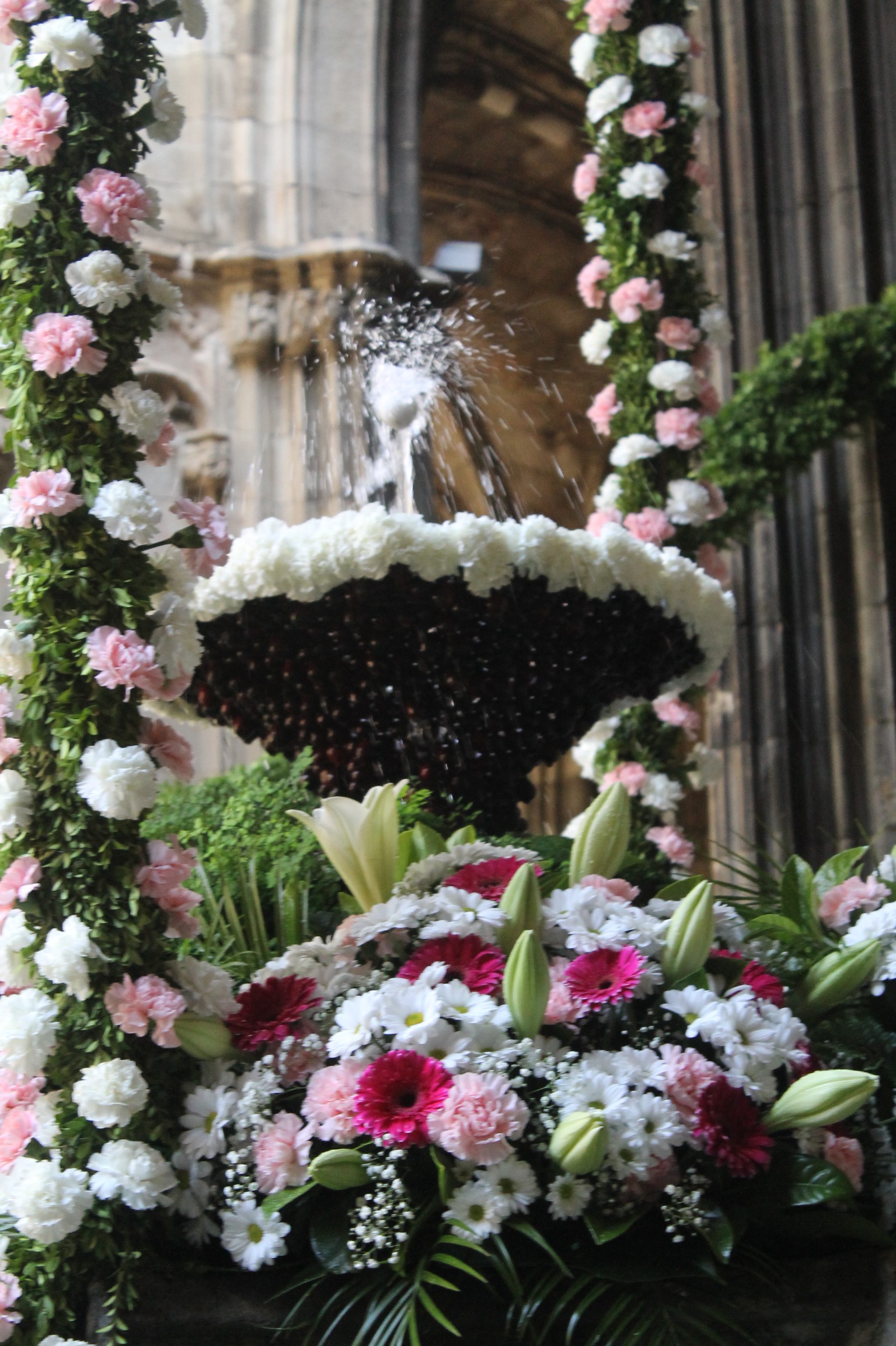 A beautiful Corpus Christi tradition in Barcelona is to make an egg dance on a jet of water on the prettiest fountains in the city. Traditionally, the egg would have been emptied, with wax used to fill the hole and add some weight. When placed over a water jet from a fountain, the egg starts turning without falling, and thus “dances.”  The fountains are beautiful, normally decorated with colorful flowers and fruits and sometimes the water is given a special color to add to the effect of the dancing egg. You will be able to find this tradition in the cloisters of churches and in some patios and courtyards of public buildings.

There are many theories of the origins of the unique tradition l’Ou com Balla. One of them being that the egg represents the Eucharist during the holy day of Corpus Christi, others say it represents fertility and the rebirth of new life. There may be many theories but one thing we know for sure if that the magical tradition originated in the Cathedral of Barcelona between the 15th and 17th centuries.

Some of the ‘dancing egg’ locations usually are:

We love Barcelona. We love Catalonia. We want you to fall in love with it too! 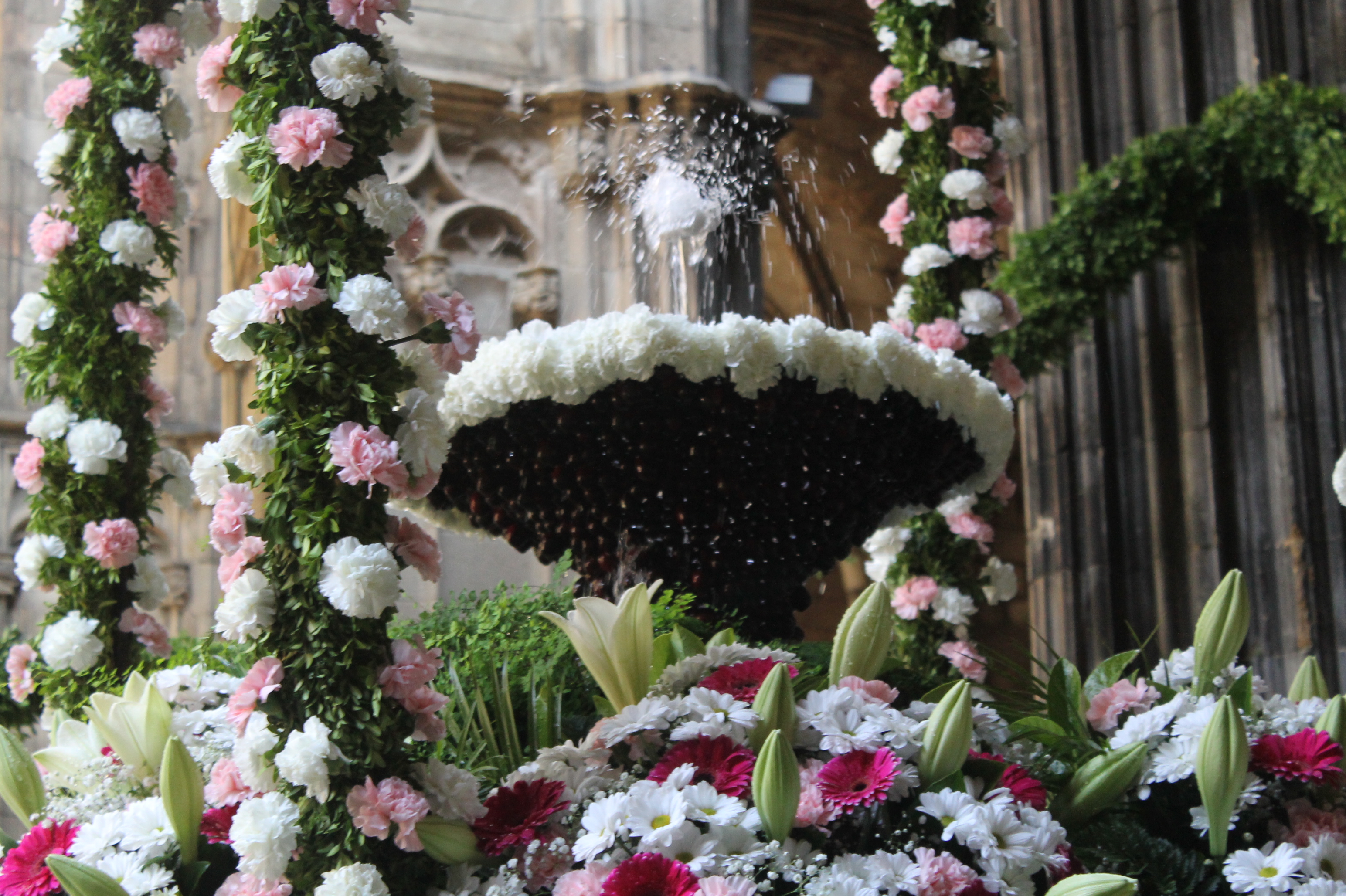