From rich cuisine to an even richer history, Spain sure has its fair share of traditions and cultural isms that are quintessential to the country. If you ever have the pleasure of taking part in a Barcelona city tour (or any other Spanish city tour for that matter), you’ll find yourself fully immersed in a profound culture that seems to charm every newcomer. From flavorful dishes such as Tapas and Paella, remarkable artists in the likes of Salvador Dalí and Pablo Picasso, fun activities across sandy beaches and vibrant fiestas –  to fanaticized sports events such as football and the widely controversial: Spanish bullfighting.

Bullfighting, to some a sport and to others an art form, is a practice that started out in medieval Spain and was then considered to be a noble sport only for the rich to partake in. Those high class folk would supply and train their bulls until they were ready to face the arena. The origins of man fighting a bull to the death goes back to 2100 BC when mentioned in the Epic of Gilgamesh, where Gilgamesh and Enkidu fight and kill the bull of heaven.

From ancient Greece’s bull-leaping (a non-violent bull-fighting sport whereby acrobats ride on charging bulls), to the act of fighting a bull to the death in ancient Persia – the bull became a popular tool of entertainment. Rome (the initiator of the man vs. animal spectacle) took upon the practice years later and the act was ultimately picked up and spread to northern cultures by Spanish colonists, shaping it into the famous Spanish tradition of today. 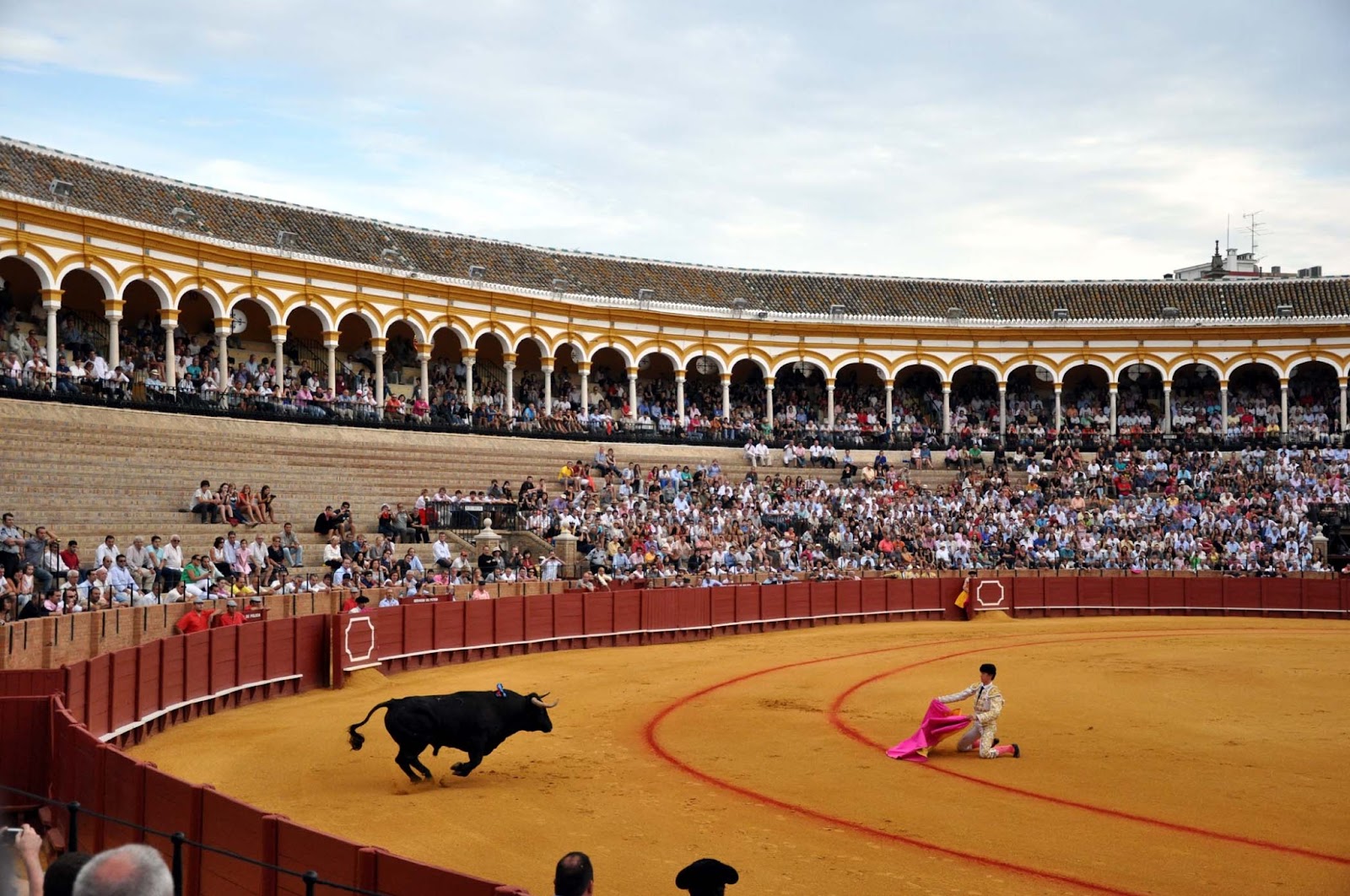 Bullfights became popular and numerous during the late 18th century in some of Spain’s oldest bullrings such as the Plaza de Toros de Real Maestranza de Caballería de Ronda in Seville. Francisco Romero, a Spanish matador from Ronda, was the first to introduce the practice as we know it today. Romero, in 1726, conducted the first on-foot bullfight and incorporated the red cape (muleta) used for riling up the bull as well as the tuck sword (estoc) for killing it right before the end of the show. It is because of this deeply rooted history that the act of bullfighting is now considered an iconic part of the Spanish cultural heritage, and regarded as a defining cultural characteristic of the Iberian nation. Pillared as a token of Spanish symbolism, bullfights could still be found as depictions on souvenirs and trinkets sold to tourists in Spain. Almost every town has its own bullfighting arena and dedicated museum that displays imagery, embroidered matador outfits and tools related to the practice. 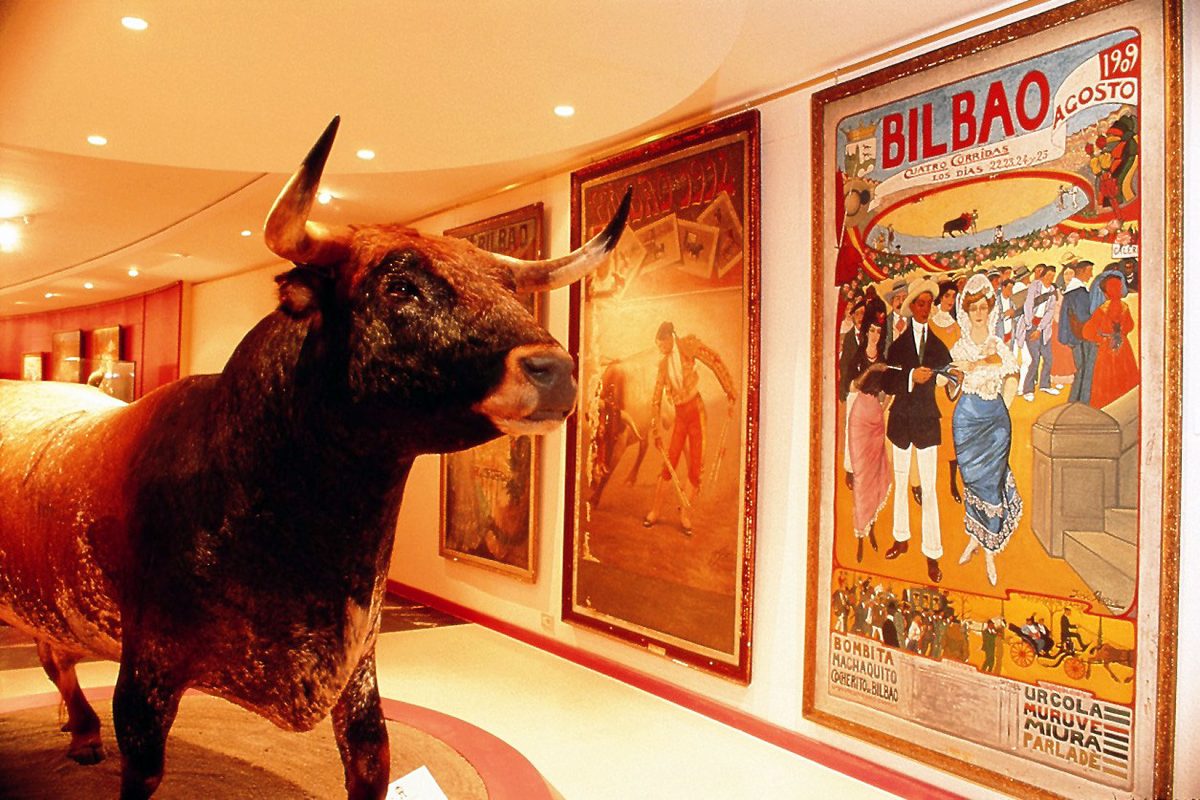 About two thousand bullfights annually take place across Spain, but recent polls show that public support has significantly waned. Supported by some and labeled by others as “the school of cruelty” and “a national shame” – the act remains quite controversial as it is a gruesome and violent spectacle that successfully blurs the lines between art form and cruelty. It seems that this mixed response doesn’t only exasperate the world’s animal rights groups and those who advocate acts of peace, but it also goes on to affect the very people of Spain – sparking up some regional actions in regards to the legality of the practice. It was in 2010 that Catalonia took some final actions on the matter. 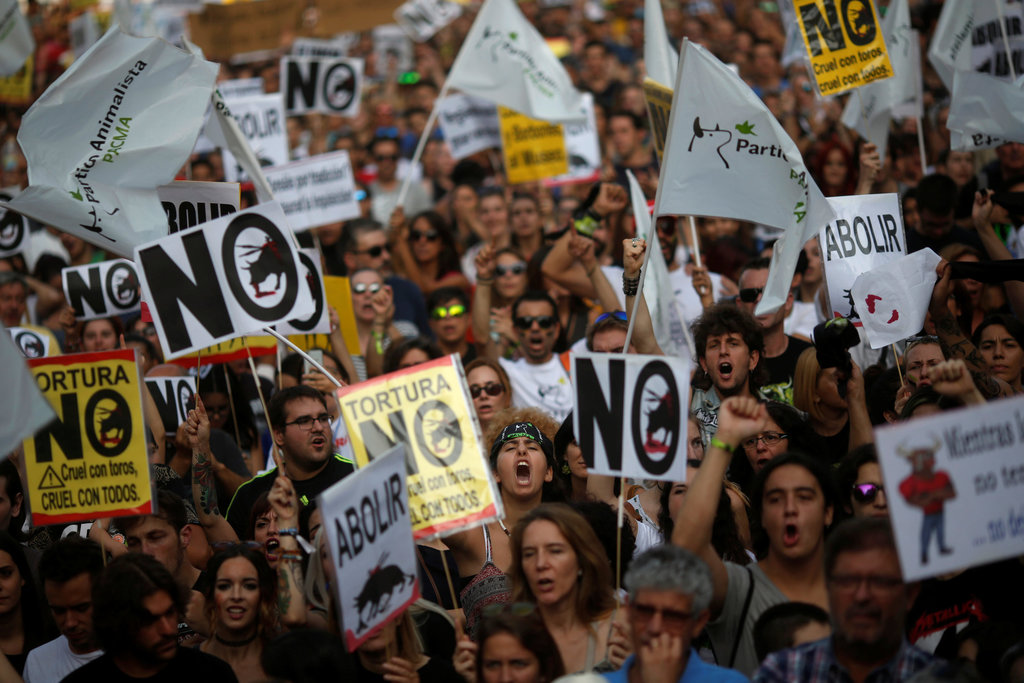 The first recorded bullfight from Catalonia dates as far back as 1387, well-preceding the early 18th century years in which the practice took its modern spectator sport form. Catalonia was known for its historic rings such as Plaça Clarà in Olot and Figueres, where the tradition was practiced until the region became the second autonomous community (after the Canary Islands, 1991) in Spain to finalize a bullfighting ban in 2010. The popularity of the sport dwindled by the start of the 21st century, and according to a tweet by the mayor of Barcelona, Ada Colau: “Barcelona has been an anti-bullfighting city since 2004” adding to that the fact that the Catalan capital will not permit animal mistreatment any more. The Catalan parliament approved the ban on the 28th of July 2010 after a petition organized by the PROU platform gathered 180,000 in favor of putting an end to the cruel tradition. Their slogan was “Tortura ni es art, ni es cultura!” meaning torture is neither art nor culture. A backlash of mixed parliament reactions resulted with 68 votes for the ban and 55 against it, putting an end to the practice and a repurposing of the historical Catalan bullrings: 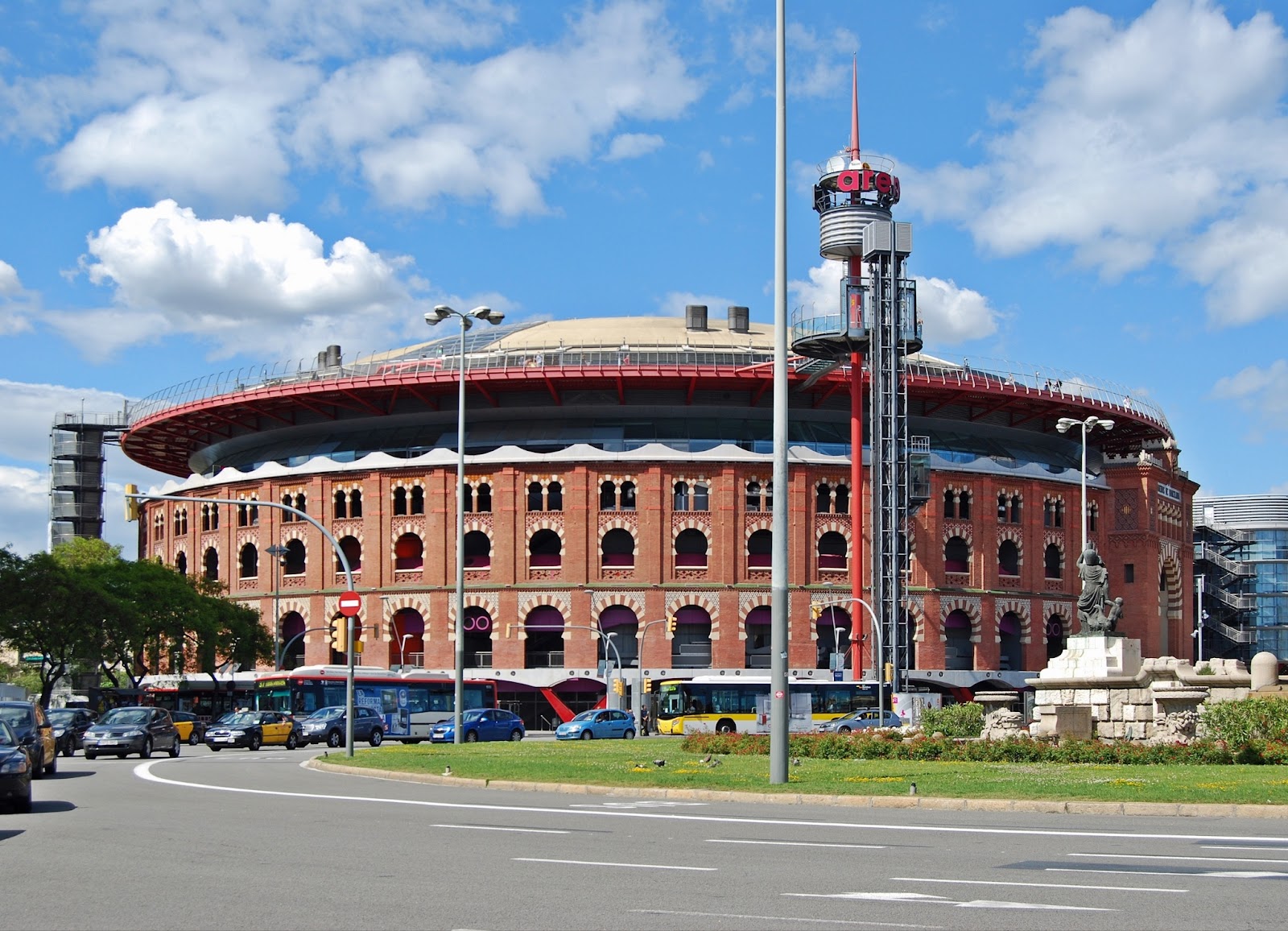 - Las Arenas on Barcelona's Plaça d'Espanya was transformed into a shopping and leisure center.

- La Monumental, known to have had the last commercial bullfight in Catalonia, currently hosts sporting, musical and circus events.

- Olot and Figueres both have the oldest yet abandoned bullrings, accessed by visitors every September for Correbous.

Today, Catalonia works towards putting an end to Correbous, a popular bull-related event whereby bulls are set loose to run through the streets and charge at the participating crowds of people. The practice is of Catalan origin and takes place at around 450 events all over the Catalan cities annually. Though this tradition is still commonly practiced and protected by Catalan law, recent incidents that resulted with the severe injuring of people and at times the killing of the bull led the same public that fought for the banning of bullfights to strike back again. One form of Correbous, Bous Embolats, involves setting the bull’s horn on fire as it charges at people who dodge the attack. In most occasions, both the participants and the bull end up severely injured or dead. Such events are pushing animal rights bodies, such as AnimaNaturalis, to pressure political parties for a banning of “animal abuse at traditions and festivals of Catalonia” – in hopes of making all Spanish bull-related traditions a thing of the past. 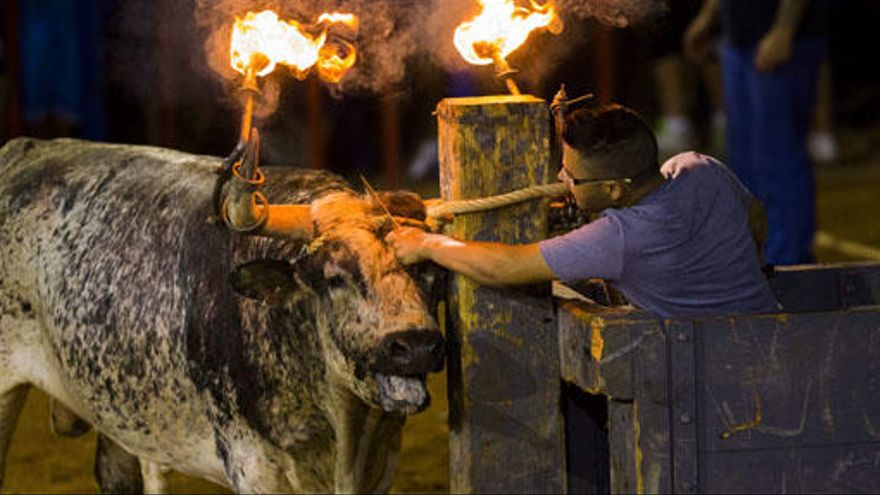 If you look forward to visit Spain, or Catalonia specifically, do not expect to find yourself amongst the roaring crowd of bullfight spectators – as even Correbous are currently being fought against by PACMA (a Spanish party for animals, the environment and social justice) as well as affected by the current pandemic climate. You can, however, enjoy all the cultural vastness that remains from museums to restored bullrings. Outside of Catalonia, bullfighting season runs from April until September with one main event a week (mostly on Sundays) happening in the major cities of the country. Cities like Madrid, Valencia, Pamplona, Seville, Valladolid, Malaga, Bilbao, Ciudad de Rodrigo, Cordoba and Cáceres are where you can catch a bullfight nowadays in Spain within the aforementioned period. The World Animal Foundation states that 90% of tourist attendees at bullfights (most of which are Americans) do not return to spectate another show after witnessing the harsh act within the ring.

It is very important to respect culture and tradition and keep an open mind to the ways of the past. We are constantly evolving and realizing new ways to act on and improve all that was previously set as a commonplace standard. Bullfighting, though a controversial sport, is deeply rooted within Spanish culture and considered a quintessential element of it – So what is your stance on the matter? Do you view it as an art form or form of abuse? Is it culture or torture?