As the Mediterranean weather takes a warmer turn, welcoming the breathtaking natural sights of spring – from flowers and greenery to expanding valleys and bright mountains. Now, when it’s not too cold and not too hot, is the perfect time to go on a hike – and we sure have the best place for you to do just that!

Known as “the King’s little walk”, El Caminito del Rey is a 7.7 kilometer path in Andalusia, situated near Malaga. It was once known for being one of the world’s most dangerous footpaths, but lucky for us today, the full route has been thoroughly restored and reopened in 2015 as a safe natural zone that’ll surely give you a day out in nature to remember. 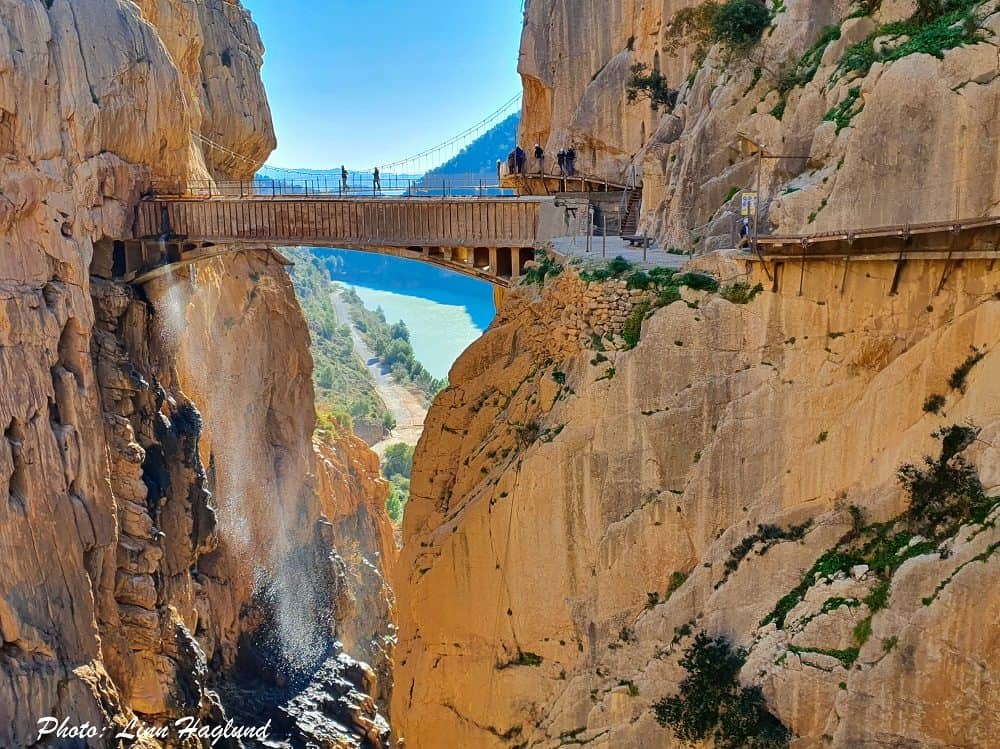 Naming
An aerial path built between the waterfalls of El Churro and Gaitanejo was used for the transportation of materials and maintenance workers to the local hydroelectric dam. It wasn’t until 1921, when King Alfonso XIIII officially introduced the walkway to the Conde de Guadalhorce dam, and the naming was obviously made in his honor.

Components
Prepare yourselves for unforgettable views as you stroll along the walkways that hang hundreds of meters up on a vertical cliff side. Running through canyons, cliffs, mounds and an expansive valley – but perhaps the most stunning sight is the landscapes of the Desfiladero de los Gaitanes, a gorge carved out by the Guadalhorce river, with walls as high as 700 meters. 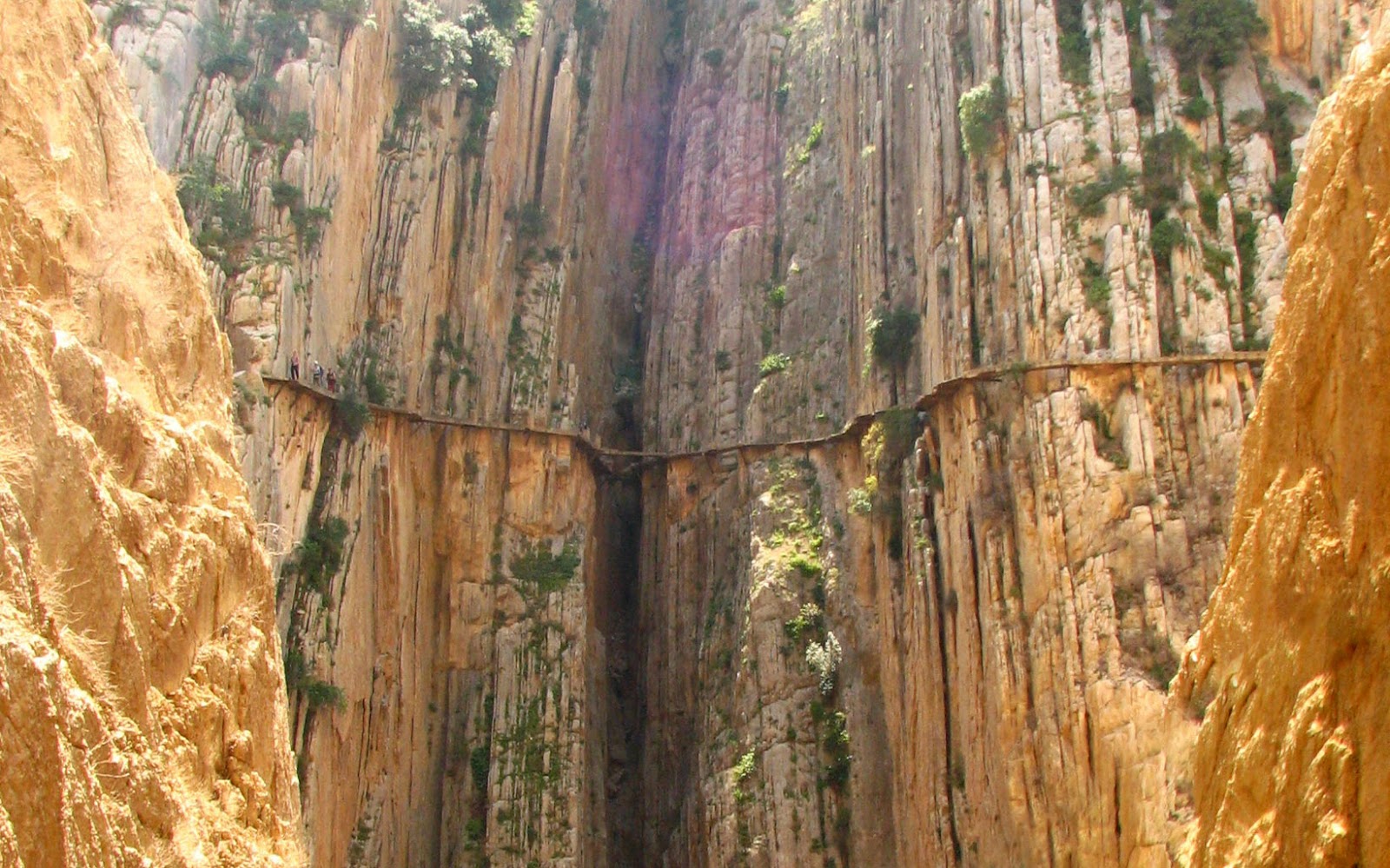 Popularity
Statistics show that about 1.3 million unique Caminito del Rey official website visitors were announced in a press release by the Malaga provincial council during its first operational year. 22% of the online visitors were from abroad. Today, hundreds of thousands of visitors book their tickets annually to enjoy this unique and natural experience.

Season
El Caminito del Rey is easily accessible as it is open all year long, but perhaps it is best that you avoid the hot months of July, August and September. A lot of the hiking trails are in the shade, but it could be scorching hot up there, so try to make it there in a cooler season. Make sure to dress accordingly and be careful for early morning frosts during winter months.

Booking
The full hike takes place on flat land, which makes it a rather easy path to tread for the full 2-hour walking time it takes. Make sure to book your spots in advance and to bring a printed copy of the ticket with you; the entrance fee is set at a reasonable 10 & 18 Euros. 10 Euro tickets permit entry and a mandatory helmet, as 18 Euro tickets include an additional guided tour in both English and Spanish.

Tickets can be easily purchased from the official Caminito del Rey website.

Transport
Driving to the Caminito is fairly considered the easiest way to get yourself there, however trains frequent the area, and stop at the end of the hike. If you’re driving, make sure to stop at the entrance by El Kiosko Restaurant, that way you can grab the shuttle bus back to your car when done with the hike (make sure you have cash on you, as one bus ticket costs 1.55 Euros). It takes up to 50 minutes to drive there from Ronda, an hour from Malaga, an hour and a half from Nerja and Granada, and a bit less than 2 hours from Cordoba and Seville. 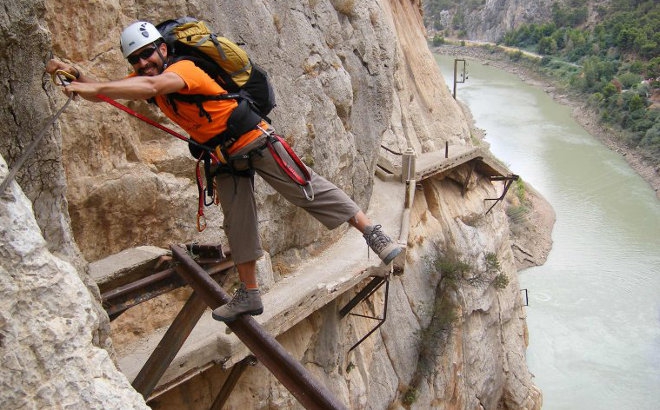 Walk
Two paths are presented at Ardales where the restaurant is situated and the shuttle bus finally stops on its way back from the end of the hike: one is 2.7 kilometers starting from Sillon del Rey, where items utilized by Alfonso XIII himself are found. The other is shorter at 1.5 kilometers, starting with a smaller pedestrian tunnel 200 meters before the restaurant. Both lead to the control cabin.

Starting at the control cabin, where hikers are given protective gear and alternative shoes to those with unsuitable ones, the official Caminito del Rey begins. The full walk is 7.7 kilometers long, of which 4.8 are access paths and 2.9 are footbridges. At Gaitanejo dam, one can enjoy the views of the cave dwellings of Sierra Parda, which was once the home to the workers at the hydroelectric plant. Through the walkways, the trail reveals the Gaitanejo gorge view, the canyon known as Tajo de las Palomas, and the hanging bridge known as Puente del Rey.

Entering the breathtaking gorge of Los Gaitanes via walkways that suspend 100 meters above the ground, hikers view hundred-year old trees growing out of rock, Jurassic fossils and a glass balcony made for those who like to live life literally “on the edge”. 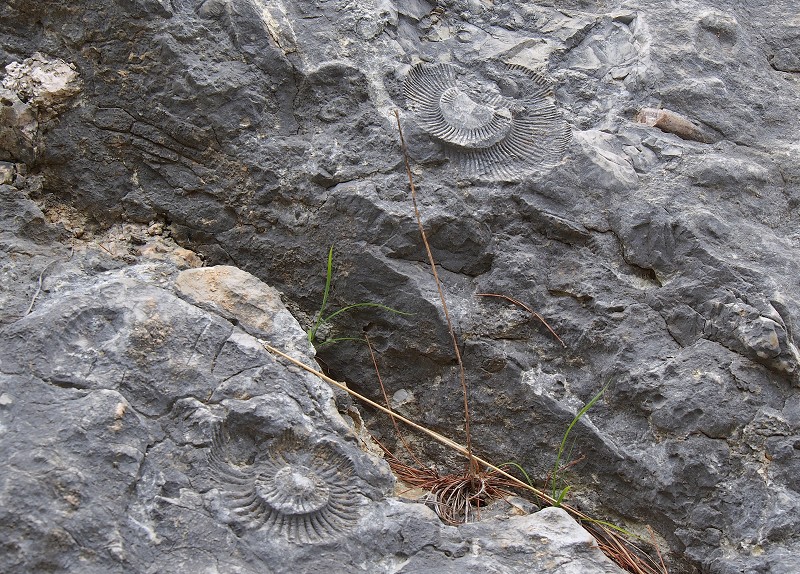 This entire hike is not Vertigo friendly, so please be wary of the great and inescapable heights that are key components of this magnificent walk.

Prohibited
Here is a list of all things you should avoid taking with you on the hike:

- Children under the age of 8
- Big backpacks
- Selfie sticks
- Hiking poles
- Dogs are also not allowed on the Caminito del Rey, so please make sure to leave them safe at home 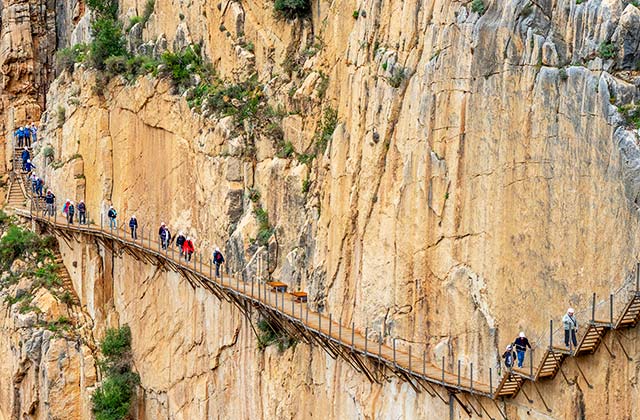 Andalucía is certainly a great autonomous community of southernmost Spain, make sure you dedicate some good time to go and explore the beauty of the place – and surely, to trail the unforgettable Caminito del Rey, where you can’t help but feel like you’re on top of the world!